Oh no oh no oh no, it’s November. It’s November, and I’m moving out in one week, then couch surfing with two small children for a week, then moving in to our new home and immediately hosting Nintendo Thanksgiving!

I was frantic to finish editing my current WIP (Project 2017) last month, knowing how hard it would be to get my momentum back after a whirlwind of moving and holidays. And… 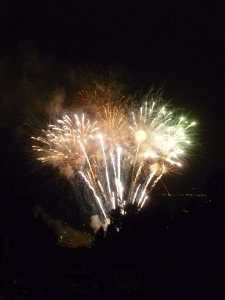 Okay, I’m still tweaking a couple bits of dialogue here and there, but essentially draft five is done, in this, the eleventh month of the year two thousand eighteen.

Which means… I did not write a new book in 2018. D: I thought I had accepted this fact months ago, but it still stings. On the flip side, I did get extremely serious about the editing and submission process, which is a workflow I had to learn sooner rather than later.

I’m not going to drive myself wild for the next two months to artificially inflate my word count for the year. Instead, I’m going to work on some short stories, hit my reading goal, and start noodling with the outline for my next book.

[Aside: whose terrible idea was it to put NaNoWriMo in November? Once in a while I feel a vague temptation to join in, but it is immediately shut down by the knowledge that November is THE MOST HECTIC MONTH OF THE ENTIRE YEAR.]

I’ll post an obligatory New Year’s goals post at the end of the year, but I already know that the gist of it will be:

I am extremely excited and extremely nervous about Project 2019. I’ve been putting it off for years, convinced I couldn’t do the concept justice. Well, I’m finally ready! I’ve had the plot, structure, and supporting cast in place this entire time. I just couldn’t wrap my head around the main character–which is bizarre for me, since that usually comes first.

But I’ve got a lock on her now. I’m definitely gonna make my beta readers cry. All I have to do now is…